Noosa Mayor Clare Stewart has welcomed the Queensland Government’s $4 million investment in a host of Council infrastructure projects, to be rolled out over the next three years. 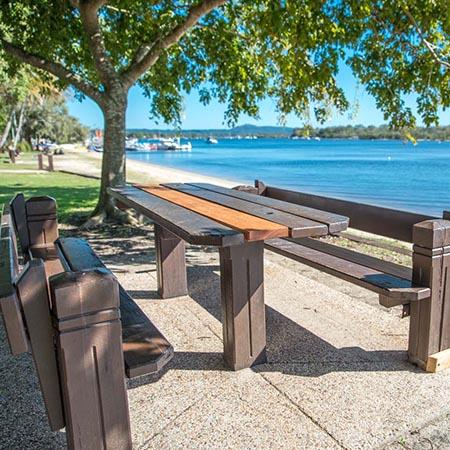 The $4 million 2021-24 South East Queensland Community Stimulus Package funding for Noosa includes $50,000 for the renewal of park furniture along Gympie Terrace, and a further $160,000 to freshen up the park shelters.

An upgrade of the Peregian Beach skate park, plus footpaths, replacement park furniture, foreshore shelters, barbecues, and further public amenity upgrades are among a range of projects the funding will support.

“We’re thrilled to receive a share of the 2021-24 South East Queensland Community Stimulus Package toward brand new infrastructure, plus maintenance and upgrades to existing community assets,” the Mayor said.

“There’s $175,000 towards upgrading the skate park at Peregian Beach, which we’ll design this financial year and build in 2022/23.

“With $50,000 for the renewal of park furniture along Gympie Terrace, and a further $160,000 to freshen up the park shelters, it’s a welcome boost for one of our most popular recreation spots.

“Topping it off is $140,000 to replace a range of public barbecues around the shire.

“More than half a million dollars will be spent building a number of missing links in our pathway network, as identified in our Walking and Cycling Strategy.”

Public toilet amenities at Seaview Terrace and Ed Webb Park at Sunshine Beach are among those in line for a refresh with the state funding.

“Out in the hinterland, there’s also $30,000 set aside for asbestos removal at Cooran Hall, and further funds to freshen up Noosa Museum at Pomona, the Kin Kin community centre plus other Council owned buildings,” Mayor Stewart said.

“Meanwhile, at the Noosa Aquatic Centre we’ll install a new shade sail above the 25 metre pool.”

The Mayor said the projects would be delivered progressively over the next three years, with new showers and rockwall seating at Main Beach among the first projects ready to start.

“We are very grateful to the State Government for the 2021-24 South East Queensland Community Stimulus Package funding. The projects we’re able to deliver with it will help support our community’s wellbeing and create jobs,” the Mayor said.