Protecting our natural environment, neighbourhood safety and the importance of local business are considered Noosa’s greatest strengths by those who live, work and visit the shire. 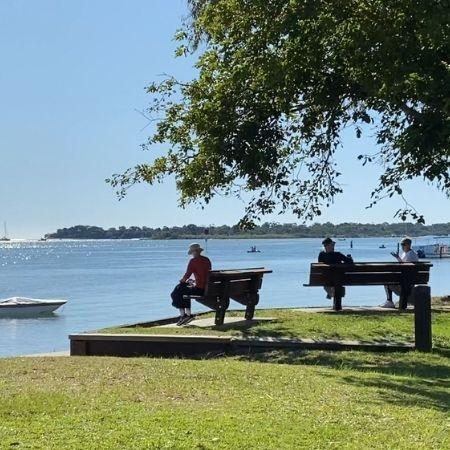 Noosaville has one of the shire’s highest levels of liveability, according to the results of Noosa’s first ever Liveability Survey.

The findings are part of the first ever Liveability Survey conducted by Noosa Council and Place Score.

“I want to thank the community for providing their opinions which has given us valuable data to utilise when making future decisions,” she said.

“The information will also be used in current budget deliberations.

“It was no surprise to see sense of community and our natural environment rank highly as strengths of this shire."

According to the findings, Noosa’s neighbourhoods are performing well where it matters most, meeting community members’ values regarding the local economy and environmental sustainability.

Another key finding was that regardless of how long people have lived here, the importance of Noosa’s unique natural features and protecting the natural environment rated highly.

The general condition of public open spaces and walking/cycling paths also are highly valued by the community.

Noosa scored 70 out of 100 for liveability - 2 points above Place Score’s national benchmark average and a higher score than similar surveys in Brisbane, Townsville and the Sunshine Coast.

“The beauty of this data is that it will assist us to better understand the different values and experiences in neighbourhoods and villages across the shire,” Council’s Principal Strategic Planner Michelle Tucker said.

“Some areas that are highly valued could be improved, which centred on the condition of public open spaces and the need to potentially invest in active and public transport options to improve connections,” she said.

An executive summary of the results is now available on Council’s website as well as local neighbourhood snapshots.