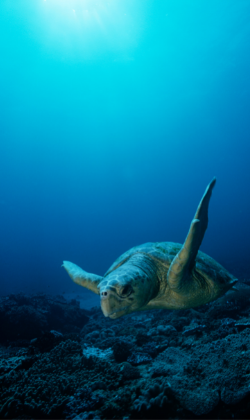 Loggerhead turtles and Green turtles nest on the Queensland coast at Noosa - both are endangered at State, National and International levels. They are found around the globe, travelling massive distances between their inshore seagrass and seaweed feeding sites and sandy beach breeding grounds each year.

Hatchlings and young turtles drift in the open ocean for years, eating small animals in and near patches of floating seaweed. They start breeding between 10 and 30 years of age and can live up to 70-90 years.

While they mostly live in the ocean, some land-based threats can affect them, particularly during nesting and hatching (Nov-Feb).

Eroded foredunes: If the frontal dunes are too steep turtles won’t be able to climb them. They are more likely to lay their eggs at the foot of the dunes, where they are more vulnerable to flooding, getting washed away or crushed by vehicles.

Foxes, wild dogs and domestic dogs: They sniff out the eggs, dig them up and eat them.

Hard plastic, soft plastic, inflated and burst balloons look like food to turtles: They can block and fill turtle stomachs and intestines, causing starvation, illness, and death. Biodegradable plastic and balloons still cause problems as they don’t break down quickly or reliably enough and often break down into microplastics.

Light: Baby turtles move towards the brightest light they can see, thinking it is the moon shining over the ocean. They are easily confused by artificial lights on the land, and may end up lost in the dunes, in drains or on roads.

Climate change: Higher sand temperatures during incubation means that less males are being hatched. Sea level rise and increasing storm occurrence and intensity means that nests are more likely to be flooded or washed away and frontal dunes are more likely to be eroded and steep, preventing turtle access. Climate change mitigation measures like sea walls or beach nourishment can also cause problems. 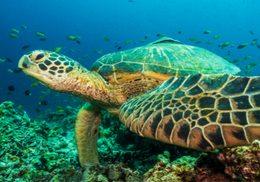 How you can help sea turtles 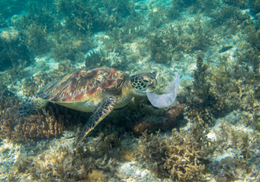