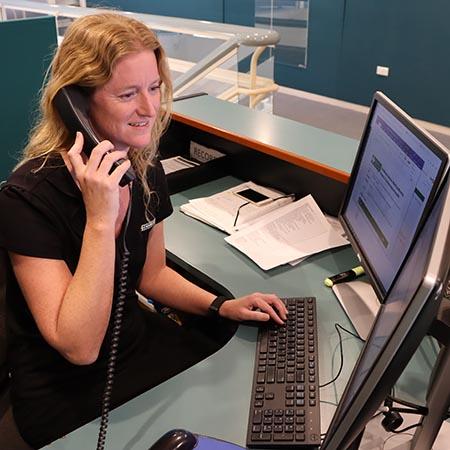 “2020 was a year like no other with the pandemic and the restrictions it brought, but Council worked very hard to keep services running for our community, which the numbers in our latest Annual Report demonstrate,” Mayor Clare Stewart said.

“Our waste facilities served more than 141,000 visitors, while the libraries found new ways to operate, ultimately loaning more than 349,000 books and other items.

“Our street sweeper swept some 10,724 km of road over the 12 months while work on important infrastructure projects continued, including the annual reseal program, which saw almost 11 kilometres of road resurfaced,” the Mayor said.

“With the incredible efforts of firefighters still front of mind after the bushfires of last year, we’ve focused this year on boosting local fire mitigation efforts ahead of the next fire season.”

Cr Stewart said Council had almost doubled its budget on fire trail building and maintenance in Council bushland reserves and had a 71% increase in its budget to increase controlled burns on Council land.

“We continued planning for the Cooroy Noosa Road and Beckmans Road intersection upgrade and secured $600,000 from the Queensland Government for the design phase.

Council distributed over $1.3 million to community and environment groups plus arts and other projects during the 19/20 financial year.

“Our 300-plus community organisations do tremendous work, and they’ve been hit hard by the pandemic so it’s important that we are able to continue to support them wherever we can.”

Other highlights included redevelopment of the Noosa North Shore Beach Campground, re-opening the Noosaville Aquatic Centre after a major refurbishment and introduction of a multi-year, environmental grants program which allocated $750,000 over three years to support projects that align with Council’s Environment Strategy.

Noosa has more than 260 square kilometres of protected natural areas, more than 7000 businesses operating in the shire, more than 26,000 local jobs and a population of more than 55,000 people living across just over 20,000 households.