The Yurol-Ringtail Conservation Project is on track to become one of Noosa’s most significant environmental initiatives. 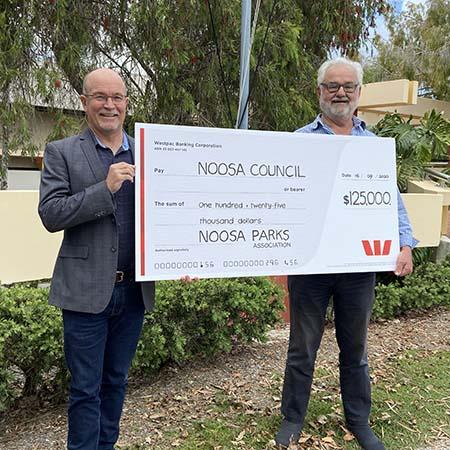 A collaboration between the Queensland Government, Noosa Council and Noosa Parks Association, and supported by HQPlantations, the conservation project aims to convert 2,450ha of state forest into national park, which will create and conserve habitat for koalas and many other plants and animals.

Already 357ha of state forest has been placed into national park protection.

A major initiative, it will take a number of years for the full transition to national park to occur and in the meantime plantation timber harvesting of some of these areas will continue.

”Some areas will need a helping hand with weed control and tree planting to bring it back to a natural condition,” he said.

”Noosa and District Landcare and Queensland Koala Crusaders, with the help of volunteers, and funding from the Body Shop and Peppers Noosa Resort and Spa, have already planted 100ha of land with 24,000 trees.

”We can expect more timber harvesting during drier weather, particularly in Yurol State Forest near Pomona.”

For safety reasons Council has closed the Noosa Trail Network where timber harvesting operations are under way.

‘‘Despite the warning signs, some visitors have ignored trail closures and entered timber harvesting areas while operations are under way,” Mr Milne said.

“This is a significant safety issue. It’s essential that visitors comply with all workplace signage and do not cross barriers, for their own safety and the safety of forest workers.”

More information on Noosa Trail Network closures can be found on Council’s website.

Government agencies have been preparing for the spring fire season. This includes undertaking several planned burns and expanding fire trails within the bushland reserve network.

Monitoring of the regrowth after the state forest plantations are harvested has also been occurring.

”Some areas would benefit from fire to control weeds and stimulate natural regrowth. However, in other areas where regrowth is already established, a fire could actually destroy the smaller trees and set back the regeneration.”