“Poetic and potent...” New exhibitions to open in March

Noosa Regional Gallery will unveil two exciting new exhibitions in March – Mary Macqueen – A Retrospective and Rosie Lloyd-Giblett: The spaces between the trees. 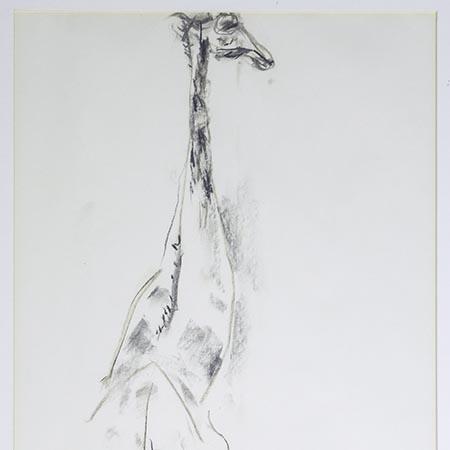 Born in Melbourne in 1912, Macqueen developed a love of drawing as a child. But it wasn’t until later, after raising a family and following the loss of her husband in 1970 that she truly flourished as an artist, says Noosa Regional Gallery Director Michael Brennan.

“She was once described by prominent Australian art critic Alan McCulloch as ‘second to none in contemporary Australian drawing’, and we are thrilled to give local audiences a chance to see her work for themselves.”

“In her drawings of wildlife, domestic life and landscapes she’s concerned more with conveying the essence of a particular quality than precisely depicting the subject matter.

“Macqueen’s decisive mark-making often provided just enough detail to render her depictions of the world around her both poetic and potent.”

“I work during school hours… after school running around and if needed after dinner… I have to be disciplined,” the artist says.

While Macqueen’s offerings were mostly expressive of her inner dialogue, Lloyd-Giblett says her motivation is a desire to engage the viewer.

“I want the viewer to smell the foliage, view the colour pathway and hear the tune of the natural world,” she says.

Mary Macqueen – A Retrospective and Rosie Lloyd-Giblett: The spaces between the trees will be at Noosa Regional Gallery from March 13 to April 26, 2020. Entry to the Gallery is free. Visit the Gallery's website.