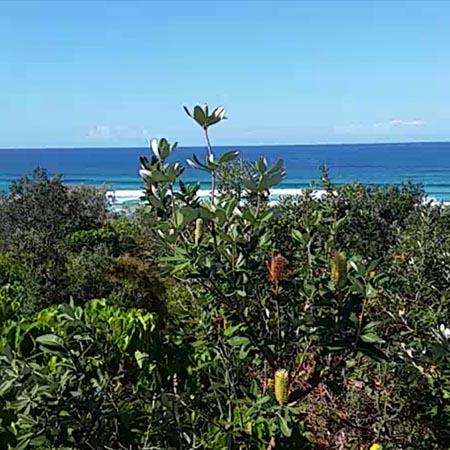 The Court has backed Council in its decision to refuse a six-lot sub-division proposed for a site on the coastal side of David Low Way at Castaways Beach.

The Planning and Environment Court backed Council’s stance on a six-lot subdivision proposed for the site at 2 David Low Way.

Council refused the application in January 2018 as the proposal was contrary to the Noosa Plan.

Acting Planning Director Kerri Coyle said the court verdict spared significant vegetation on the coastal side of the road.

“Development of the scale proposed would have seen the loss of significant sensitive vegetation, which plays an important role protecting the dunes from erosion,” Ms Coyle said.

“The proposal also stood to erode the character of the area, by replacing the view – from the road – of vegetation and the ocean beyond, with a view of rooftops.”

Council was also concerned by the amount of clearing needed to provide a safe line of sight for motorists entering and exiting the subdivision.

Ms Coyle said Noosa’s planning scheme included protections for native vegetation, as well as the vegetated character of the area and the views from David Low Way.

There is already a smaller two-block sub-division approved for the site.

“The existing approval permits development of a smaller scale and substantially less clearing than the applicant was seeking with the later application,” Ms Coyle said.

“Our consistent approach to enforcing and defending our planning scheme has helped shape Noosa’s look and feel so it’s great to see the courts again back our position.”