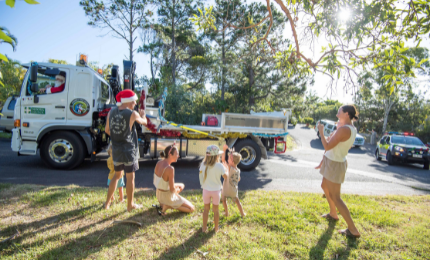 Santa and his helpers are hitting the streets of Noosa to spread the festive cheer as part of the Connecting Noosa Christmas Convoy.

It was such a hit last year, we are bringing it back and adding some extra streets.

A festive convoy in collaboration with our local Emergency Services, will follow Santa through different parts of the shire late afternoon from Monday December 6 to Thursday December 9.

We want you to celebrate Christmas with your neighbours and close friends.

Residents are encouraged to stand in their driveways and celebrate with neighbours as the convoy passes through the identified streets.

Why not arrange a street party with neighbours.

The convoy will make short stops at parks/locations along the way. These stops are marked on the maps below in red. Come say hello to santa!

Thanks to Hot91, John Madill Motor Group and Noosa Meat Centre, residents can win prizes for decorating their driveways and homes. So let’s spread festive cheer this Christmas.

The convoy will visit: 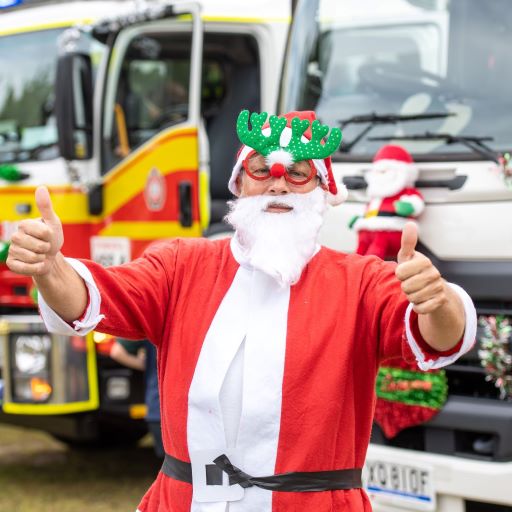